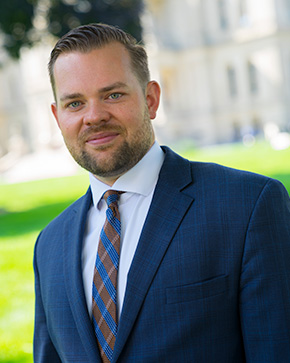 With Michigan’s Governor’s office flipping control to the Democrats and the Republican majorities in both legislative Chambers shrinking, a proverbial perfect storm is occurring. Since Election Day, the Michigan Legislature has passed 303 bills out of 1-chamber. In the preceding 22 months, approximately 1,100 bills had passed 1-chamber. With all this legislative action, it begs the question, what is the origin of lame-duck and how did we get here?

The term “Lame Duck” is traced back to the eighteenth century where a stockbroker at the London Stock Exchange, who had defaulted on his debts, was called a lame-duck because he was forced to waddle out in the ally like a lame-duck. Its first known political use can be traced to the mid-1800 in the official record of the United States Congress. Calvin Coolidge, our 30th President was the first to be referred to as a lame-duck.

Michigan has not always had a lame-duck session, but since enacting term limits in 1992, many long-time Michigan political observers have seen an uptick in lame-duck action. With House members serving a maximum of 6-years and Senators serving a maximum of 8-years, this the final opportunity for many outgoing legislators to get their legislative priorities passed and to the Governor’s desk before leaving office. So in the final days, hours and minutes of the 2017-2018 legislative session, don’t expect a slowdown in action by the Michigan Legislature.